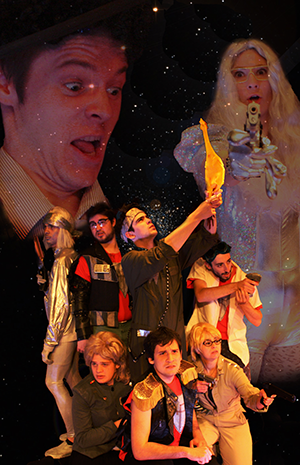 The booze filled antics of the intrepid Laugh Station crew continue with the conclusion of an epic two parter!  We last left the crew beaten, humiliated and scattered across the galaxy.  They must race against the clock to save their fearless leader from the clutches of her evil twin brother.  Along the way, they’ll battle sexy ninjas, drink rum out of coconuts, start a robot revolution, hang out with ghosts, huff glue and perform high flying song and dance numbers.  But will they be able to save the day in time for happy hour?  All this and more, in the latest thrilling, chilling, mind altering space comedy from the boys, girls and ‘bots aboard Laugh Station.

WARNING: FOR MATURE AUDIENCES ONLY!